Letter From The Heart 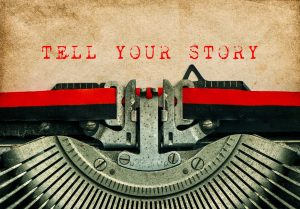 “You have been created in order that you might make a difference. You have within you the power to change the world.”

Something happened recently. It made me realize how important it is not only to know someone but know who they are. I talked to my son the other day, and he told me about a great book “The Butterfly Effect: How Your Life Matters” written by Andy Andrews. The butterfly effect is the concept that small causes can have large effects. “A butterfly could flap its wings and set molecules of air in motion, which would move other molecules of air, in turn moving more molecules of air— eventually capable of starting a hurricane on the other side of the planet.”

This reminded me of a chainsaw story. Please don’t be scared, this is going to be a Washingtonian chainsaw story, a good one. A few years ago I bought a nice chainsaw in Home Depot and it’s been laying in the garage for a long-long time. Back in November 2016, we had a really bad storm. One of the trees in our yard broke. It was a huge tree about 30ft tall with about 20 branches. I called a lot of companies who said it cost over $1000 to cut the tree. Then one of my neighbors highly recommended me to call on a guy who did a job for him. I called this guy and left a message, no one got back to me. A tried calling again within next few days. Finally, he called me back. He said he would come over tomorrow. The next day we met. He was a 60-70 years old man wearing cheap and old tattered clothing. The clothes from Goodwill that you can buy for a couple dollars was much better. He looked at the tree and said that he would charge me only $150… I was surprised because it was at least a day of work. So I decided to help him and brought my nice chainsaw from a garage. He said that my chainsaw is not good for this particular tree and showed me the collection of about 15 chainsaws in his truck. We worked hard all day. END_OF_DOCUMENT_TOKEN_TO_BE_REPLACED