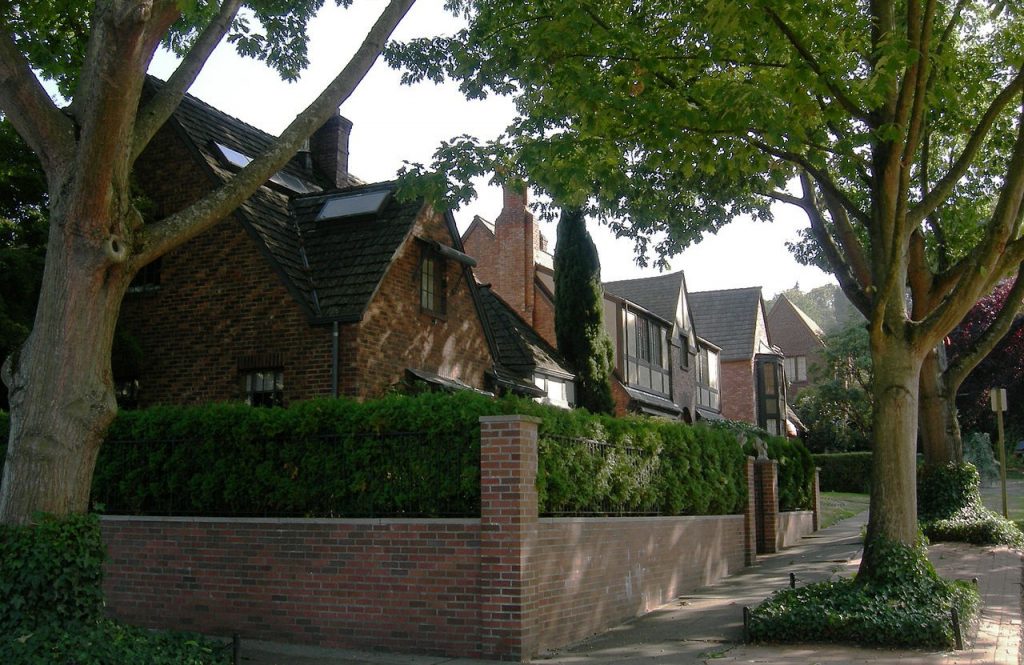 Montlake was primarily developed by John E. Boyer and Herbert Turner (also known as H.S. Turner) from 1903 through the early 1930s. In 1916, the northern boundary of Montlake was fixed by the opening of the New Portage Canal, later known as the Montlake Cut, between Lake Washington and the Lake Union. The Montlake Bridge, a distinctive bascule bridge crossing the Montlake Cut, opened in 1925.

In 1925, a Montlake neighbor made a low offer for a tiny slice of adjoining land. Out of spite for the low offer, the builder built an 860-square-foot (80 m2) house at 2022 24th Avenue E. that blocked the neighbors’ open space. The house is 55 inches (1.4 m) wide at the south end and 15 feet (4.6 m) wide at the north end. The Montlake Spite House still is standing and occupied.