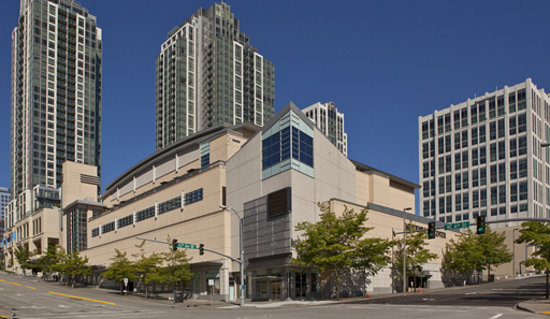 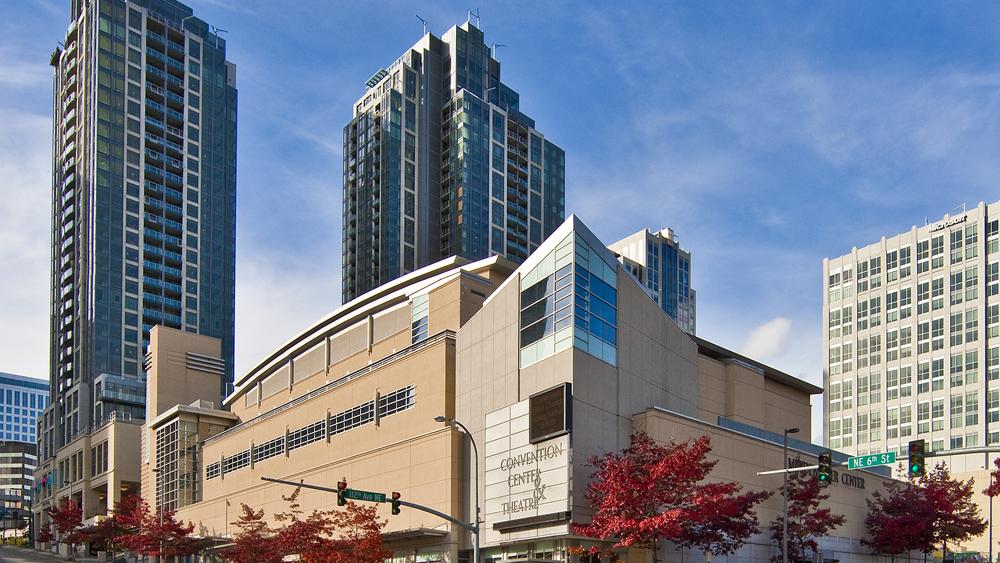 Meydenbauer Bellevue neighborhood located in a convention center of Bellevue, Washington. It is a prominent landmark from nearby Interstate 405 (Washington), named after William Meydenbauer.

“Just three blocks from Bellevue Square and Old Main Street, but unbeknown to many visitors, lies Bellevue’s picturesque Meydenbauer Bay, one of the city’s few access points to its Lake Washington waterfront and its maritime history.

Now construction is underway to expand an existing waterfront park and connect it with the city’s historic marina and a whaling building, once the winter port for a Puget Sound whaling fleet.

When it’s completed in fall 2018, the new $17.5 million Meydenbauer Bay Park will feature a quarter mile of Lake Washington waterfront, a swimming beach, a curved pier extending into the lake and a hilltop overlook with views west to Seattle.
“This is going to be a jewel in the Bellevue parks system,” said Sherry Grindeland, a city parks commissioner for the past eight years. “To walk from downtown to Meydenbauer Bay is going to be magnificent.”

Meydenbauer Bay Park is part of the city’s ambitious vision to construct a broad pedestrian boulevard and bike path connecting Bellevue’s waterfront to its downtown and eventually across Interstate 405 to the Eastside Rail Corridor. The city hopes to select a distinctive design for the freeway crossing by early next year.

The completed Grand Connection, as the city calls the plan, may be years in the making, but Patrick Foran, Bellevue parks, and community services director, said a succession of city councils has stayed true to the promise of expanding the city’s public waterfront and making the new park at one end of the future boulevard.”

Meydenbauer Bellevue- Most Desirable Real Estate Market in the US.